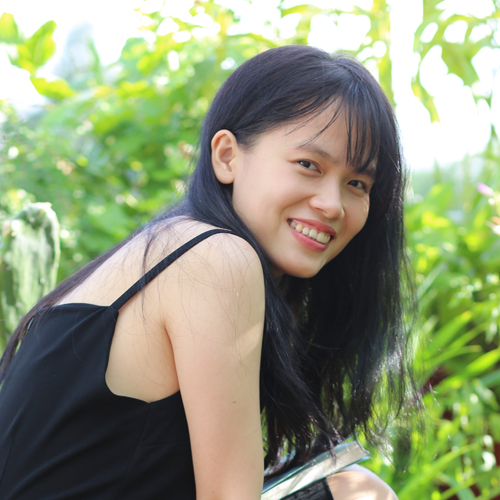 Phan Thảo Nguyên (b. 1987, Ho Chi Minh City, Vietnam) is a multimedia artist who uses painting, installation, video and performance to provide alternate readings of traditional and contemporary human behavior. Through a study of literature, philosophy and observing daily life, Phan’s art revels in exploring the oblique tension between social convention and aesthetic narrative, seeking to disturb the presumption of History as a single tale of truth.

Phan Thảo Nguyên graduated with a Bachelor of Fine Arts from Lasalle College of Arts in 2009 and obtained her Master of Fine Arts at the Art Institute of Chicago in 2013.

Phan Thảo Nguyên is a member of the collective Art Labor. She currently lives and works in Ho Chi Minh City.

CURVE OF THE HORIZON

Curve of the Horizon interprets the recurring tragedy of a Vietnamese phenomenon, through the symbolic phrase ‘uproot rice grow jute’. This phrase refers to a campaign by the Japanese during their occupation of Indochina (1941 – 1945). Jute was used to make sacks and clothing for the armed force, a crucial material for the Japanese war industry. During Japanese occupation, the jute supply from India was interrupted, leading to the forced replacement of rice with jute in Vietnam. This act was partially blamed for causing a severe famine that took away the lives of nearly two million Vietnamese. Almost 60 years later, history repeated in the South of Vietnam. Local farmer once again uprooted rice to grow jute, hoping to feed the demand of a planned factory in Long An province (southern Vietnam). A machinery defect in the production line resulted in the discontinuation of production and the factory’s inability to buy jute from farmers.

Filmed in Long An province in 2013 at an un-harvested jute field, the artist created a piece of land art by bending each jute plant to form a curve, an image evocative of a bowing gesture - a symbol of respect, politeness and obedience in many East Asian countries (prominent in China, Japan, Thailand, Vietnam, Korea, Taiwan). Jute in the Vietnamese context is a symbolic witness to the tragedy of past and present, the curve of the jute a metaphor for the passive position of the farmer. 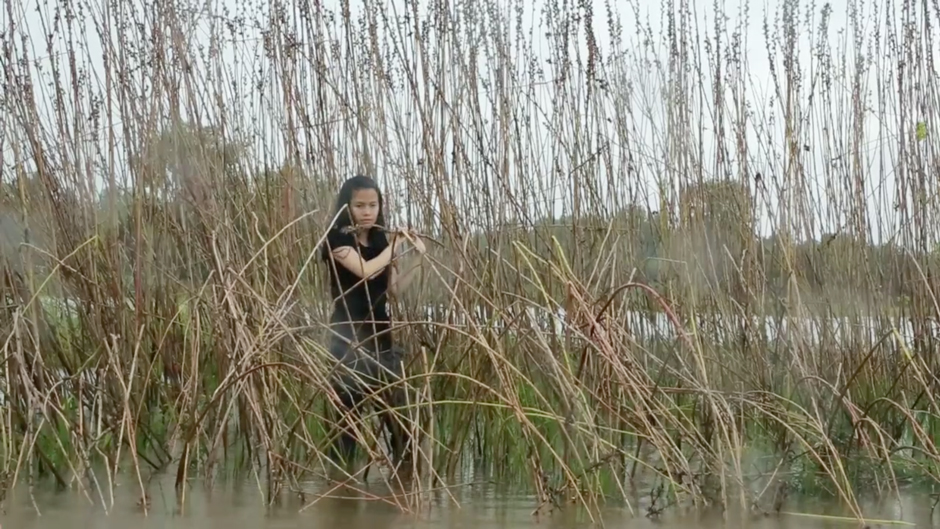