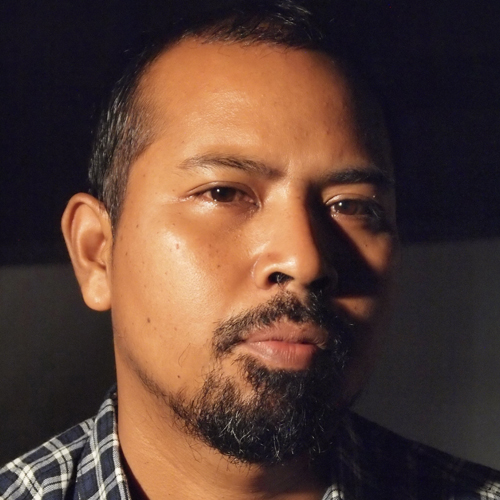 Jompet Kuswidananto (b. 1976, Yogyakarta, Indonesia) is a visual artist first trained as a musician. He is well known for his mechanized theatrical installations, often incorporating video and sound. Jompet’s diverse art playfully responds to the memory and ceremony of a nation, often utilizing little-known historical texts to provoke representations of social control as a militarized, religious, and culturally restrictive phenomenon.

Jompet studied Communications at Gadjah Mada University in Yogyakarta with the Faculty of Social and Political Science. Since 1998, he has been a member of ‘Teater Garasi’, an interdisciplinary performance collective built on the belief that the performing arts is a way to process and produce knowledge that dialectically engages its social-political environment. Jompet currently lives and works in Yogyakarta, Indonesia.

In this work, shot in black and white, a man performs the Jathilan dance – an Indonesian trance of folk origin that invites the ancestor spirits to enter the body of the dancer and occupy his consciousness. It is said that the power of dance and music are used in the jathilan to channel powerful, sometimes terrifying, forces.

Shot on the island of Java within an old sugar cane factory, this dancer moves between huge iron machines – the first, it is said, that began Indonesia’s modern industrial era. The jathilan dancer presents a different kind of order from the spiritual world, which appears at odds with the size and sound of the contraptions surrounding him – a chilling reminder of the human cost of industrialization.

From the early 1600s, the Dutch East India Company monopolized the sugar trade in Java, until the Dutch crown in the late 1700s claimed colonial right to rule the industry. The technology of iron imports to Java consequentially accounted for rapid growth in sugar production – a success that relied on enforced labor under the Dutch-imposed ‘Cultivation System’*. In pre-colonial Java, those who worked iron were considered people with magical powers. The voice-over narration recalls the Dutch importation of iron, interspersed with an ancient Javanese spell:

‘To those who come to strike, change to a generous one

To those who have bad intention, stay afar

To those who create hunger, make into state of proper

To those who carry poverty, be a welfare carrier

To those who bring sin, be of a benefit

To those who bring war, be a peace maker’

Note: *The cultivation system was primarily implemented in Java, the center of the colonial state. Instead of land taxes, 20% of village land had to be devoted to government crops for export. Alternatively, peasants had to work in government-owned plantations for 60 days of the year. To allow the enforcement of these policies, Javanese villagers were more formally linked to their villages and were sometimes prevented from travelling freely around the island without permission. As a result of this policy, much of Java became a Dutch plantation. 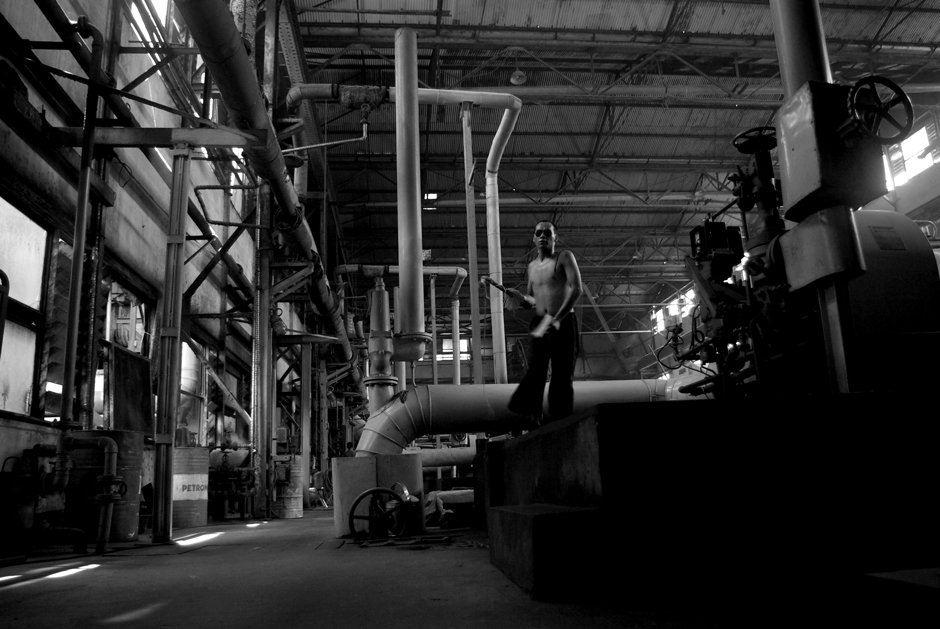