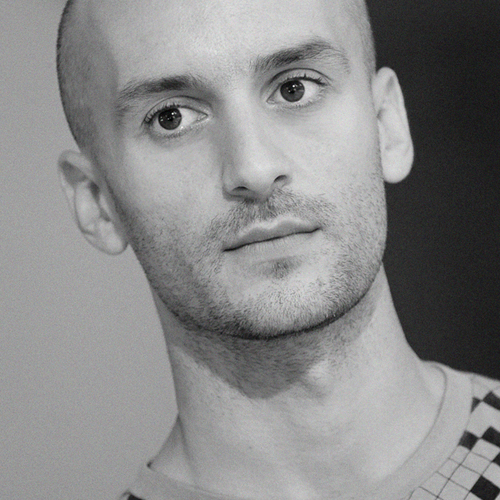 Mikhail Karikis is a Greek-British artist. His works embrace moving image, sound, performance and other media, and emerge from his long-standing investigation of the voice as a sculptural material and a socio-political agent. His projects explore the energies that create collectivist dynamics while resonating people’s economic, cultural and psychological circumstances. Karikis often collaborates with communities with whom he creates site-specific performances to camera, which highlight alternative modes of human existence and action.

Karikis received his BA in Architecture from Bartlett School of Architecture, University College London (UCL) in 1997, then went on to achieve his MA (2000) and PhD (2005) in Art at the Slade School of Art, UCL. He is currently based in London and works internationally.

Mikhail Karikis’s SeaWomen focuses on a fast vanishing community of elderly female sea workers living on the North Pacific island of Jeju – a jagged patch of black volcanic rock which belongs to South Korea and floats between Japan and China. It observes a group of women called haenyeo (sea-women), now in their late 70s and 80s, who dive to great depths with no oxygen supply to find pearls and catch seafood.

This ancient female profession became the dominant economic force on the island by the 1970s, establishing a matriarchal system in an otherwise male-dominated Confucian society.

The film follows the old women’s work: diving deep from the rocks; going out to sea on boats in stormy weather, selling and sharing their catch; returning from the depths to their coastal base and sorting their nets, and vending seafood on the cliffs.

Amid the noise of the sea, SeaWomen records the unique sound subculture of this community. We hear the women’s rhythmic work songs; the reverberant hubbub of their communal baths and the striking high-pitched and dolphin-like whistling noises of the diving women’s traditional breathing technique (the sumbisori) which have been recorded for the first time for this work. At once alarming and joyous, the sumbisori punctuates each dive and marks the horizon between life and death; often mistaken for noises produced by sea-mammals, this unique breathing technique is a trans-generational skill transmitted from mother to daughter when a new
pearl-diver began her training at the age of eight.

This soundscape, along with the women’s profession are on the verge of disappearance. SeaWomen witnesses the diving women’s insistence on sustainable eco-feminist work practices operating outside the trend of industrialization. It observes the reversal of traditional gender-roles, the women’s deep sense of community and egalitarianism, their collective economics, and their sense of professional identity, purpose, fun and independence in later age. 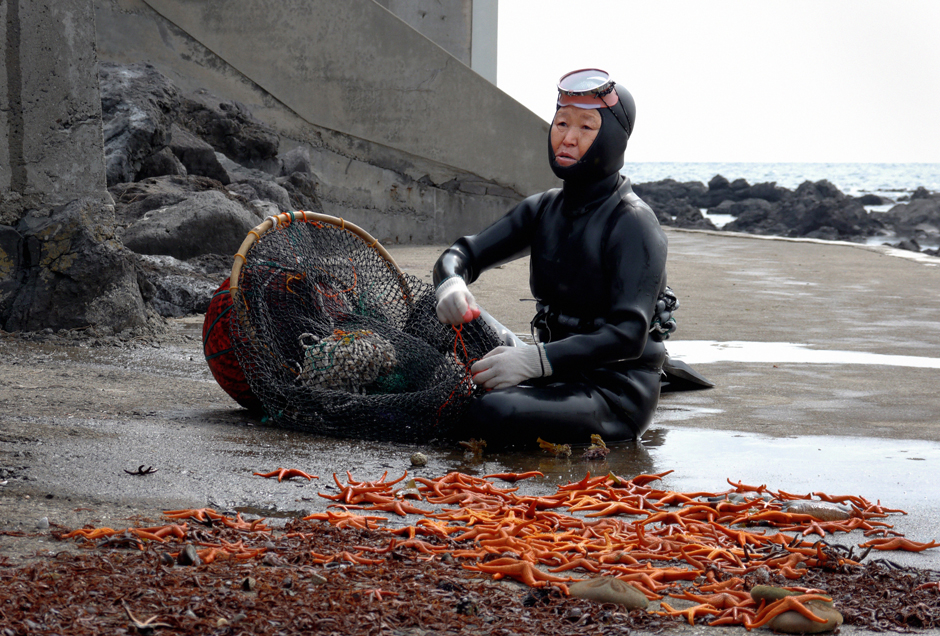