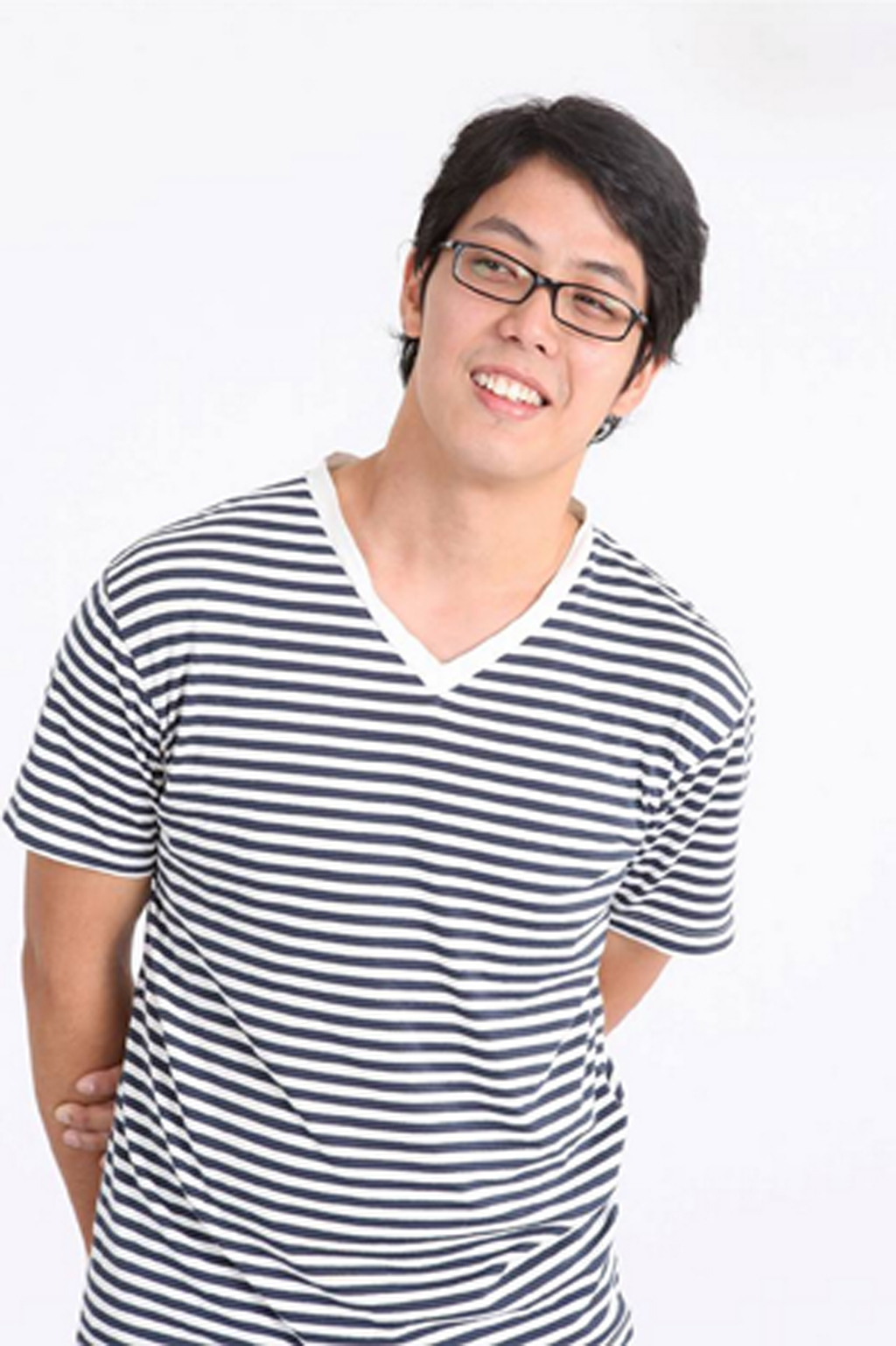 Chulayarnnon Siriphol (b. 1986, Bangkok, Thailand) is a filmmaker and visual artist. Experimenting with the moving image as video installation, short film, and documentary, Siriphol is an urban voyeur capturing human behavior as both absurd and wondrous, drawn to collective myths as fragile facts that are blindly enforced and followed.

Siriphol has won many short film international awards. In 2008, he graduated from King Mongkut Institute of Technology Ladkrabang, Bangkok with a Bachelor of Fine and Applied Arts (Film and Video). In 2013, he completed a Masters of Fine Arts (Visual) from Silpakorn University, Bangkok.

He currently lives and works in Bangkok.

In Thailand today, it is prohibitive to criticize the Thai royal family. Any such act, on or off-line, is punishable by imprisonment; a ruling with promotional media campaigns across the country which state ‘Worship, protect, and uphold the monarchy’.

On 22 May 2014, the Royal Thai Armed Forces launched a coup d’etat against the caretaker government that had been created in the wake of Yingluck Shinawatra’s failed general election. A military junta was formed, called the ‘National Council for Peace and Order’, declaring martial law, arresting numerous politicians, taking control of the media and censoring the Internet, citing the violence on the streets as grave cause for their actions. People were not allowed to gather in public areas during the enforced curfew (10pm – 5am).

In this work, the right hand screen – ‘Blinding’ – shows the artist with his own public intervention during this curfew. The left hand screen – ‘Planking’ – is another public intervention of the artist, performed in 2012 during the daily 8am and 6pm public broadcast of the Thai national anthem (ironically such verse mentions nothing of the King), when people are expected to stand still, united for their country. In this work, Siriphol subtly refers to the absurdity of human behavior, in its near blind following of the masses in the myth of what is demanded by its national narratives, using video as a discrete documentary tool.

The artist states “In Thailand, our government has previously tried to create a single Internet gateway system to control people’ activity. That is why we have to find different ways to speak out when we don’t agree with them. For me, art is a tool to say something indirectly when we have limited freedom of speech. Planking/Blinding is a kind of protest action.” 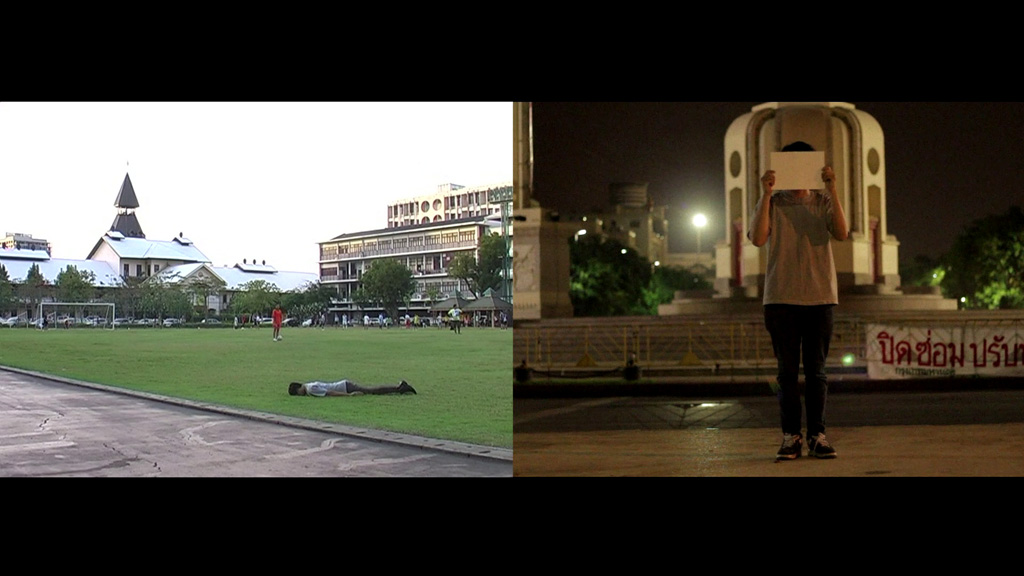