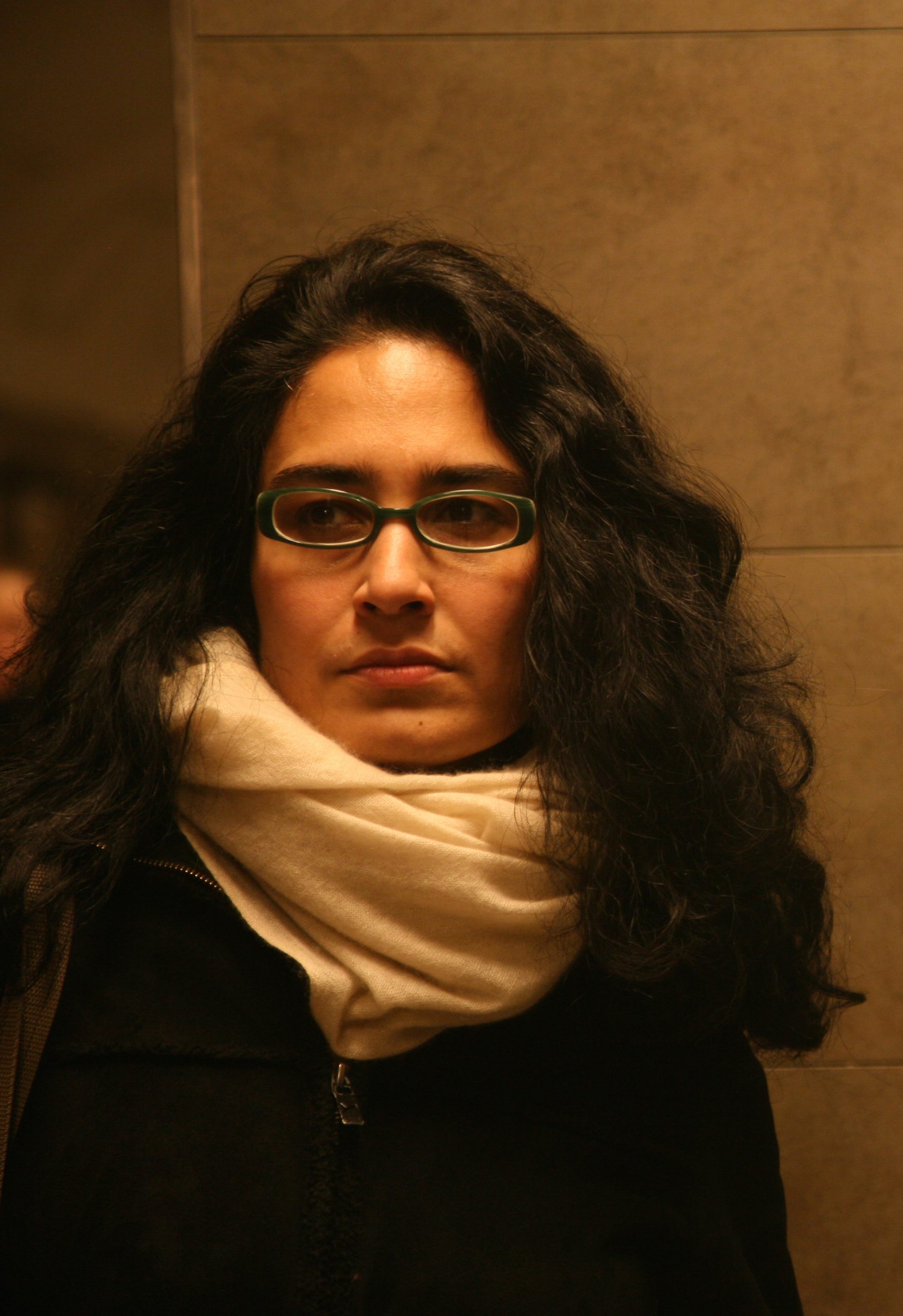 Bani Abidi (b. 1971, Karachi, Pakistan) is a visual artist whose practice revels in the art of the ‘stage’ between fact and fiction, playing with political representations of space and behavior that exacerbate power relations between what is diasporic, popular, or nationalized in character. Utilizing humor, Abidi’s predominant experimentation in video and photography often presents absurd vignettes that jar with ideas of social normalcy.

DEATH AT A 30 DEGREE ANGLE

”Death at a 30 Degree Angle is a work about the commissioning of a monumental statue by a small time politician. Located in present day India, the film is shot in the atelier of a sculptor who is renowned for large statues of politicians and national heroes. The politician, along with his cronies, experiments with a variety of costumes and poses, actively participating in the writing of his own memory and myth making.

Death at a 30 Degree angle is a reflection on self portraiture, megalomania, and monumentality. Today, statues of erstwhile leaders, rulers, and heroes lie scattered in graveyards and public squares all over the world. Communist leaders of all sizes, colonial explorers with hands thrust forward in righteous motivation, glowering facsimiles of African dictators made in Korea, fists, boots, disembodied heads, all lie relegated to remote tourist parks or to overgrown backyards of palace museums. These are objects that once controlled and impressed upon public space and imagination, but overnight became mere proxies, subjected to torture, ridicule, and public vengeance.” 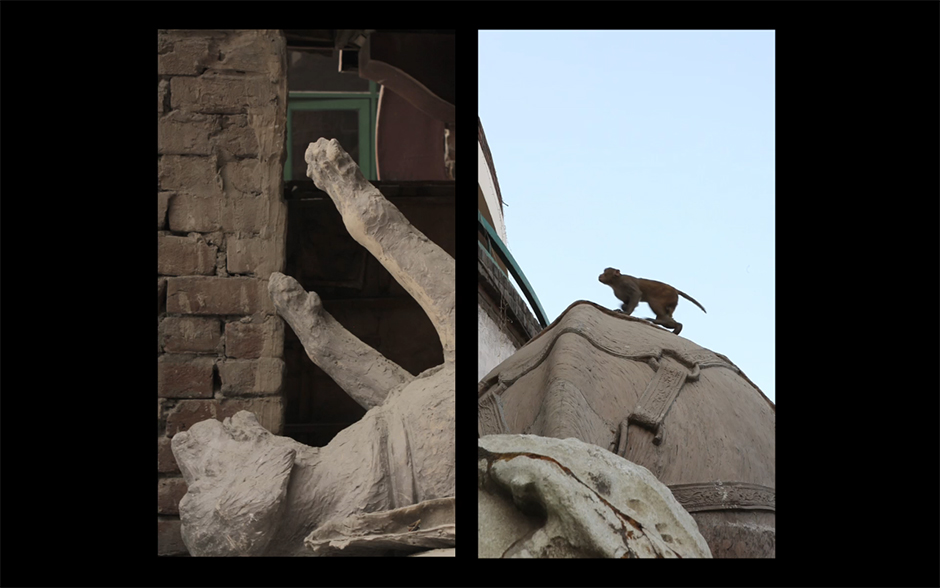