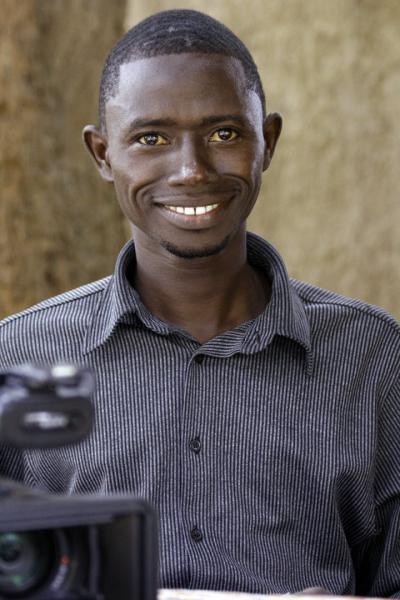 Bakary Diallo (b. 1979, Kati, Mali/ d. 2014) engaged with various socio-political themes such as superstition and the mystery of faith, violence and confusion of war, and the movement for democracy in West Africa, as well as his native Mali. His cinematographic works took a symbolic approach to daily life objects and viewed them as building blocks for narratives. With emotive and precise footage, Diallo’s stories boasted a profound yet simplified logic in their structure by seizing the essential moment when actions occur. It was this strict reduction of the story, sometimes to an abstract or enigmatic level, that gave his works an original narration.

Diallo studied Visual Arts and Film at the Conservatory of Arts and Multimedia Balla Kouyate Fasseke in Bamako, Mali. In July 2014, he passed away in the Air Algerie plane crash while traveling to Salvador, Brazil for a residency with Videobrasil.

”My interest in the subject of superstition that emerges in the film is related to the fact that I come from a culture where the belief in mystical phenomena is culturally and deeply present. What is the role of the superstition as a phenomenon inherent to society?”

The film Dankumba is a minimalist tale of small gestures, which convey the connection between the visible world and the invisible energies that lie beneath. In its poetically crafted scenes, we witness how spiritual practices anchored in ancient belief systems make the meeting of the two worlds possible. The filmic sequences exude a rich visual array of references to the symbolic universe of ritual, while the narrative’s slow tempo seems to pay homage to still photography, a greatly developed form of expression in the artist’s native Mali.

Surfaces and textures appear in sharp focus in a rhythmic sequence of camera angles and seductive close-ups that take us from mundane routines in a Malian village to a multitude of miniature fragments. Occasionally, the camera goes close to the ground to deliver insect views and record succulent sounds that capture the slow pace of village life, rendering a world of humans in close contact with nature, where the sacred is allowed to emerge. As in other films by Bakary Diallo, rituals and omens are often performed silently, amidst a succession of quotidian gestures that exist alongside a deep sense of mystery. 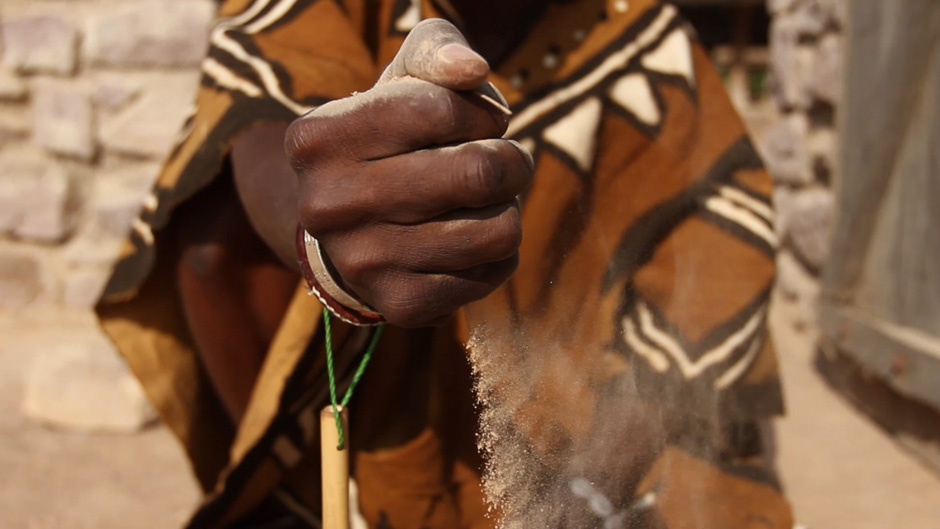